the story of the sacred kingfisher

'Cultivation – cherishing the ground – involves sacred address as much as it does the regime of hoe and plow.' 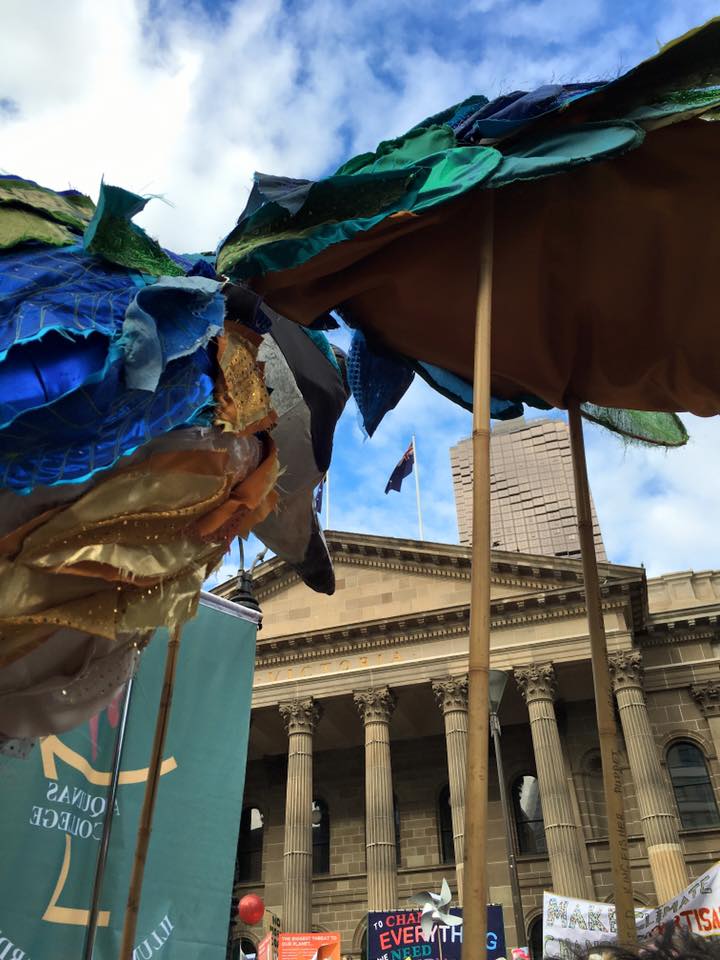 Last week I had the honour of helping carry our gorgeous Sacred Kingfisher puppet through the centre of Melbourne for the People’s Climate March attended by 60,000 people.

In the crowd I heard gasps of delight as people recognised the bird from previous Kingfisher Festivals over many years at CERES. I was also asked by a young man who was one of many random people who offered to help carry the giant bird, what it was all about. He was attracted to it because of its colour, vibrancy and surrounding positive vibes, but did not know what it represented.

Although I never experienced the heyday of the Return of the Sacred Kingfisher Festival, I would like to outline the history of it as I understand it. I’m retelling the history here via many different strands that have been passed to me, so apologies in advance for any inaccuracies in the detail. But I guess that is the nature of stories – to evolve and change as they get told and re-told.

In the five years I have been at CERES, many different visitors have told me how the festival connected them to the park all those years ago and how they still treasure those days. Most of what I know was told to me by Cathy Nixon (former CERES Team Leader), who is naturally a much better storyteller than I am, so I have stolen some of her words, as well as some ideas outlined by Freya Matthews in her book, Reinhabiting Reality: Towards a Recovery of Culture in the chapter “Singing the Ground”.

For thousands of years the Merri Creek was a place that was home to many different animals including the beautiful blue kingfisher, who flew all the way from Queensland to nest here each spring (“creation”). But for many years CERES was a rubbish tip, factories were built along the banks of the Merri and industrial waste was dumped into the creek. One of the species that abandoned its home in the face of such ecological holocaust was the kingfisher (“destruction”).

In the 1970s the CERES community began to form and people worked very hard to restore the land (“realisation” & “regeneration”). Finally in 1993 the kingfisher returned! The story goes that former staff member Thais Sansom was working away at her desk in the Education office when out of the blue, a little kingfisher flew into the glass of the window next to her. Stunned, it shook itself off and flew away. It was a sign.

A year later, the Return of the Sacred Kingfisher Festival was born (“celebration”) with the extraordinary vision of the Kingfisher Dreaming team: Jacqui Dreessens, Thais Sansom, Maya Ward, Ian Hunter and Cathy Nixon… The current Kingfisher puppet was made by Kari in around 2009.

For more than 20 years the festival has celebrated the Return of the Sacred Kingfisher to the Merri Creek. It continues to be a symbol of environmental hope and celebration of the work of CERES, Merri Creek Management Committee and more widely for environmentalists everywhere. It’s a story that children understand quickly and readily and has a powerful influence on their ability to understand complex environmental issues.

The annual event also serves to honour and celebrate the indigenous people, the work of creating CERES and the “return of life, of fertility, to our blighted planet.” (Matthews p 203)

In its biggest years, the festival attracted several thousand people as audience and involved several hundred more as performers including children and babies, people from culturally diverse backgrounds, Aboriginal people, Elders, CERES and MCMC staff & board, and people with disabilities. There have been singers from choirs and other professional and non professional musicians, dancers and visual artists. Installations have been made and have gone, hundreds of children have been involved, and the story has been used in pedagogy to tertiary students to create examples of the power of arts, celebration, ritual and participation.

Over all the years of producing the festival, the Kingfisher Team has explored many themes including ‘Merri Creek Creatures and Plants’, ‘Peace and Conflict’, ‘Migration and Refugees’, ‘Cultural Diversity and Tolerance’, and many Wurundjeri Dreaming Stories including the stories of the Tanderballak and the Murrup, Branbeal the Rainbow Spirit, and others. The Kingfisher Festival has inspired and influenced many large outdoor environmental and arts festivals across the country.

The Kingfisher story is the story of CERES and is consistently remembered, retold, relived and returned.

CERES has changed hugely in 20 years and all of the original Kingfisher Dreaming Team have moved on from CERES, though a large contingent sill return to CERES each year for the remembrance. In this decade there are many more festivals that occur year round and competition is high for a weekend in the spring when another festival isn’t being held locally.

There is a distinct lack of arts funding, due to both changes in government and lack of capacity to apply for these grants among current CERES staff. For these reasons we have downsized the celebration in recent years but retain the key elements of the story and ritual each year. This year the focus was on ‘Biodiversity’ with free workshops and talks offered on that theme.

Still, we acknowledge that ceremony is important: “Cultivation – cherishing the ground – involves sacred address as much as it does the regime of hoe and plow.” (Matthews p 202). With the downsizing of this festival, how do we do that? How do we maintain the celebration and remembrance? We do this in our small seasonal rituals, at Harvest festival, in our continuing site re-vegetation and each time we re-tell the story. Matthews suggests that out of a devotion to place, we would expect new local myths – like the still evolving kingfisher myth – to grow and constellate a new consciousness. CERES is as devoted to our place as ever and I see down-scaling of the festival not as a loss of the Kingfisher story but rather as it being embedded more deeply in our culture and in a way that fits with the current times.

As a mark of how embedded the story is into CERES’ culture, some other ways we continue to remember the story are:

There has been recent news that the Platypus is also returning to the creek and that too adds to the hope, excitement and belief that the work we are all doing to save the planet is real, urgent and worth celebrating.

"The care of the earth is our most ancient and most worthy and, after all, our most pleasing responsibility. To cherish what remains of it, and to foster its renewal, is our only legitimate hope." 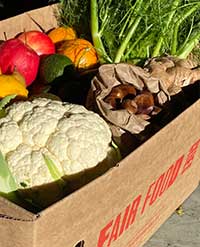 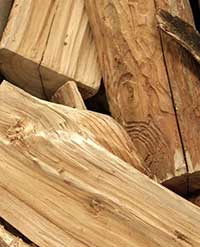 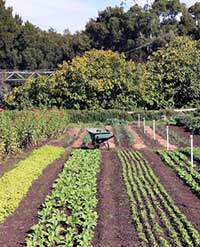 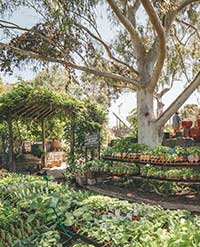 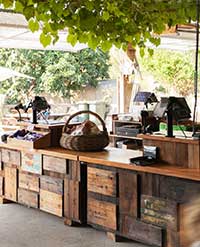 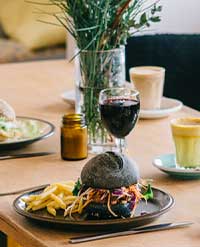 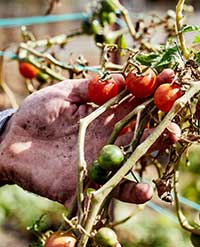